GET THE LATEST UPDATES


On some daily tedious chores, I am in a position to mark on stones that those things are only possible on Uranus and that I can never do them on Earth. Yet in some unlikely things, which might even baffle the most active and the most boring person alike, I would dedicate all my time.

Once in high school, our science teacher taught us about the virtue of laziness. He lectured human beings, at one time, was so lazy to walk to the market to buy their groceries that one of the innovators came out, in a very Steve-Jobseque way, and invented the automobile. It was the story of the season. This sounds blasphemous to the teacher and his teaching community if I say it now bluntly, but the master had shared the knowledge in some context, that we should be hard working, do our home works neatly and punctually, and that it’s no big deal to be lazy. So it’s alright to be lazy. That day, when I came back from school, I was so lazy to have my meal that I skipped it and dozed off at the tuition, being so tired. It’s not alright to be lazy this time, it just struck me.

But it’s a fact, just like we learnt in those days that two molecules of hydrogen and one molecule of oxygen make water, that we cannot help being lazy now and then (as if all of us were destined to be a couch potato, at least once in a while, by the natural law of the universe). More the laziness, unfortunately, more it increases exponentially to the power of n, where n is the number of listless, hazy things we have in our mind but which we are so slothful to organise them.

MELLOWING MOTION. This feeling of disinclination reminds me of the film, “The Big Lebowski”. A great movie, which has attained the level of a cult classic, nonetheless, what is more inspiring is the story and the philosophy of Dudeism, which Wikipedia defines it as an online religion that primarily makes use of iconography and narrative from the iconic movie. So it’s somehow alright to be lazy, eh? I wish it is. Wikipedia is too un-lazy to inform us elsewhere again: “Extremely efficient predators have more free time and thus often appear more lazy than relatively inept predators that have little free time.” This is quite assuring; and now we can safely say: All of us are extremely efficient predators out of any harm’s way.

Literally we don’t have to prey, though it is interesting to find that eating is the tragedy of humanity. For the record, eating is so boring. How life would have been simple if not for this eating thing! If we could have lived without eating, we can have so many hours each week just to lie around, with an evergreen laid-back attitude, without bothering what to cook or where to eat. Again, eating is also synonymous to suicide bombers, the laziest people who cannot even plant their bombs meticulously and just relying on their stupidity to blow themselves up. I would write an epitaph on their graves: Laziness has found some respectability in seeking for luck and dreaming of heaven.

BROTHERS IN ARMS? Laziness has a cruel sibling, Boredom (we should just stop dreaming for heaven when we are so good out here, just lazing around.) All hell breaks loose when they are together. So if we love being lazy, it is quite important that we mete out the proverbial step-motherly treatment to this Boredom, so that we can enjoy the winds of Laziness blowing away all the life’s sweats and vexes. This is not too much to ask; we are only trying to get the essence out of our sole existence, while juggling our life between the most boring people, the most boring ideas, the most boring events that are not inadequate in our surroundings.

Craps apart, laziness is quite a relative thing. On some daily tedious chores, I am in a position to mark on stones that those things are only possible on Uranus and that I can never do them on Earth. Yet in some unlikely things, which might even baffle the most active and the most boring person alike, I would dedicate all my time. The statement of relativity also holds true when we look at it from different perspectives. For instance, the perfect example is right here. I was too lazy to clean my room or do another thing in my free time, so I sat down and wrote all this rubbish; ultimately, I’m glad to have spent the time on something doable on this Earth.

SLACKERS, UNITE! NOTHING TO LOSE BUT YOUR LAZY BALLS! We cannot help being lazy when every kind of success is breeding it day in and day out. What the gadget makers and especially, the geeks are doing in their loneliness is to help us prepare our food faster and in variety. Day in and day out, the media is selling us the services and products that promise life would be easier and more comfortable. We cannot simply help being so lazy in this kind of environment. However, what every story and every folklore have taught us is that being the ‘ant’ will ultimately make us succeed, while for heaven’s sake, we can also depend a lot on our luck being the grasshopper, but that just lazing around in the house, waiting to win the lottery without even buying a ticket is meant for a loser. 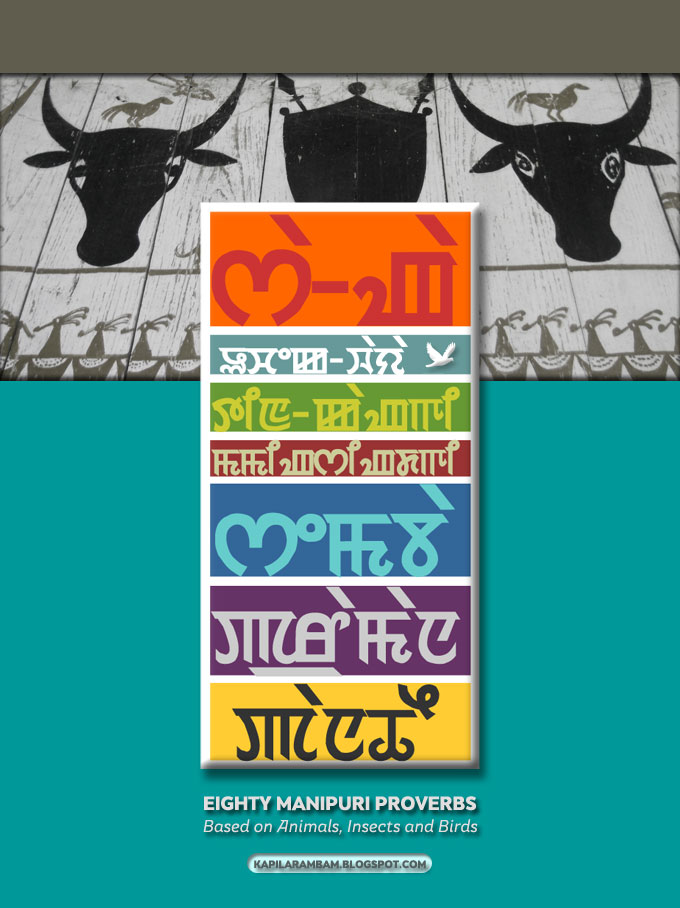 1/3: 80 Manipuri Proverbs (Paorou) Based on Animals, Birds and Insects 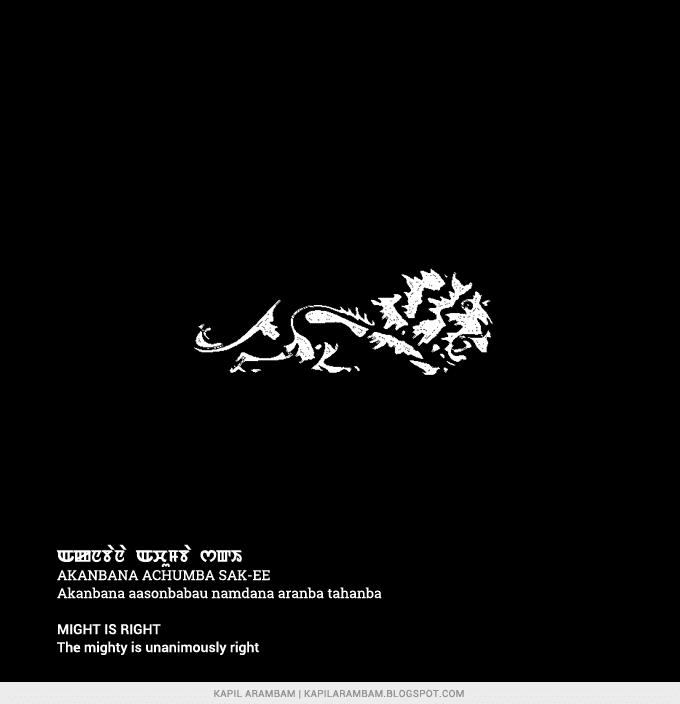 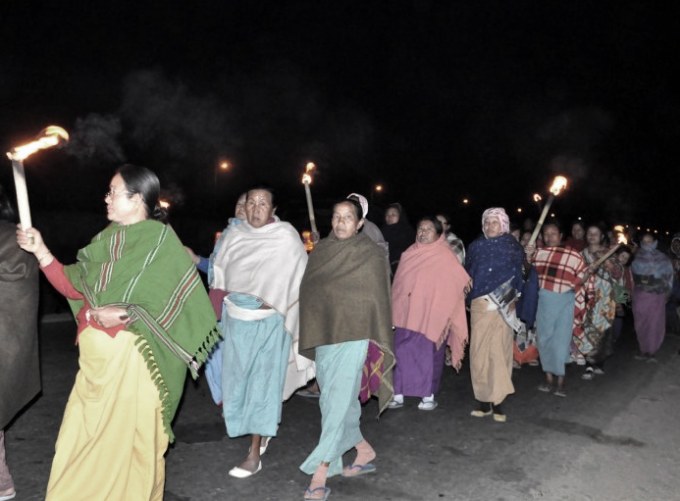 Meira Paibi: A Brief Story of the Women Torch Bearers from Manipur 3/3: 80 Manipuri Proverbs Based on Animals, Birds and Insects 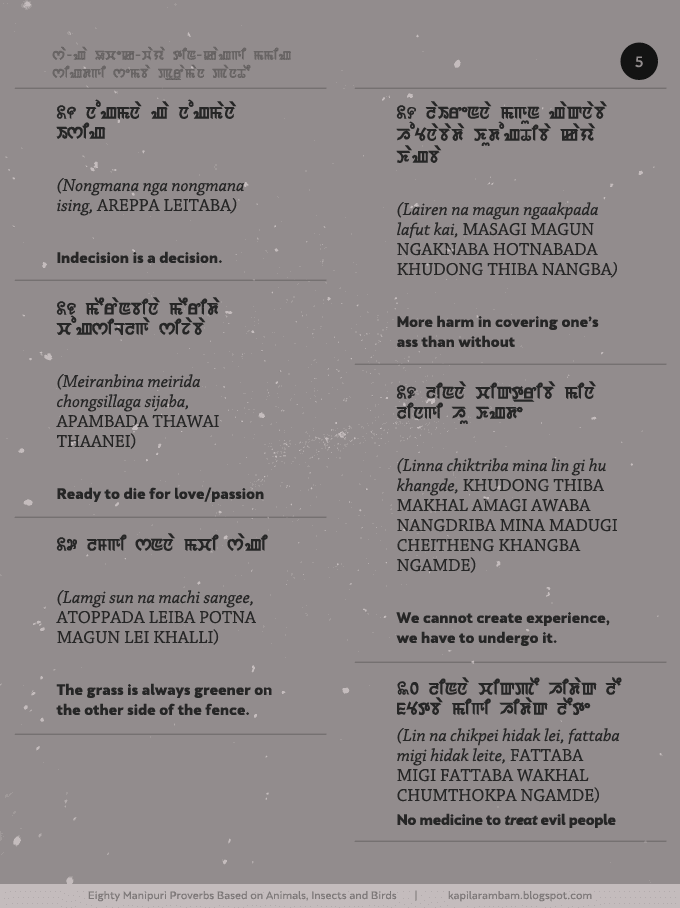 2/3: 80 Manipuri Proverbs Based on Animals, Birds and Insects 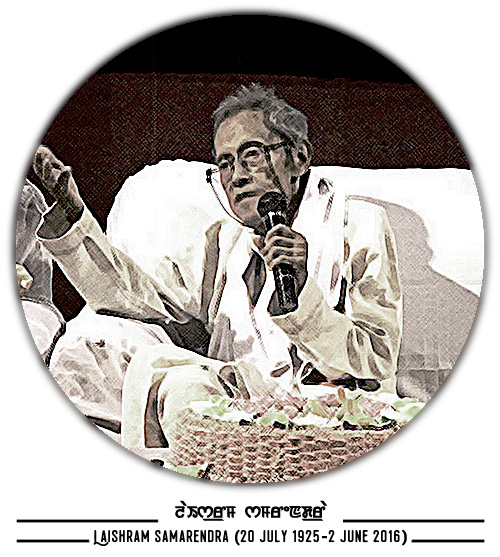 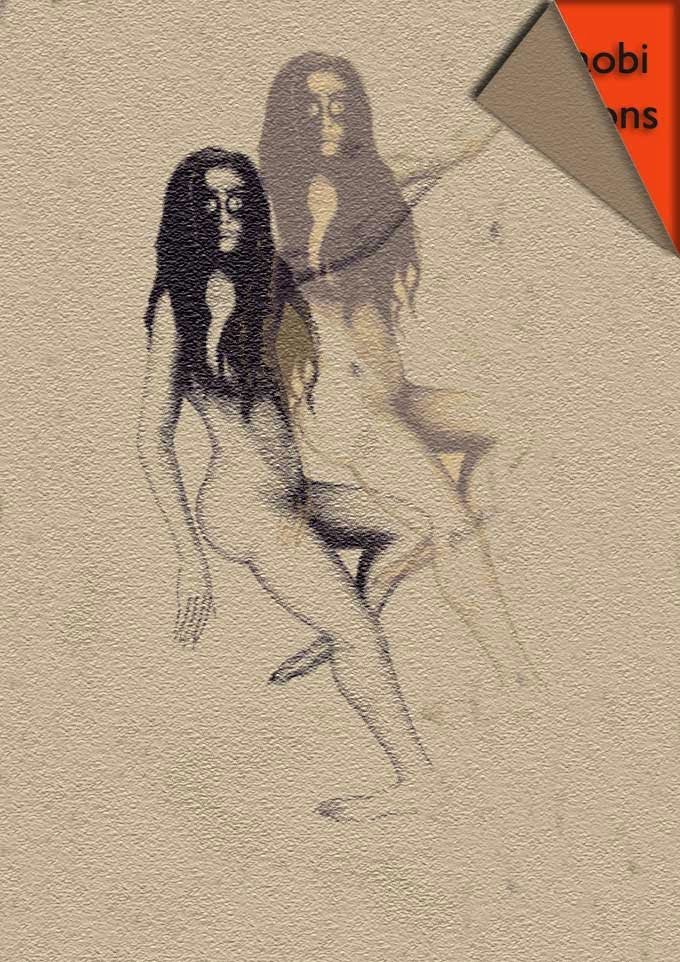 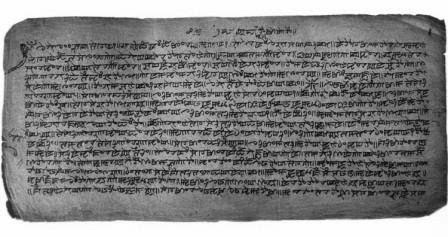 A History of Manipuri Literature 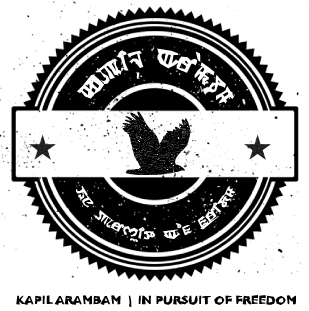 GIVE ME A SHOUT!

In Pursuit of Freedom by Kapil Arambam is licensed under a Creative Commons Attribution-NonCommercial-ShareAlike 4.0 International License.